The Vivo IPL 2018 seemed to be a definite hit with the return of Chennai Super Kings(CSK) and Rajasthan Royals(RR) after three years.

Vivo IPL 2018 witnessed the return of Chennai Super Kings(CSK) and Rajasthan Royals (RR) after a hiatus of two years. CSK found massive support at M Chinnaswamy Stadium, their home ground, in their first match. However, the happiness of homecoming did not last long for CSK: The Cauvery controversy led to CSK’s home games to be shifted to Pune. But that was never going to prevent loyal CSK fans from turning up to the ground in huge numbers. In fact, the love for the game and fandom for the franchise was so intense that it led the CSK management to arrange a chartered train from Chennai to Pune with a thousand fans on April 19 for their game against RR.

The fans will return to Chennai on April 21 after attending the match on April 20. The Southern Railways has arranged a train of 13 coaches which includes one AC coach for the fans. All expenses of the fans including train, food for all days, stay , local transportation at Pune, match tickets and jersey will be borne by CSK. The inaugural train journey was flagged by Rakesh Singh, Executive President of India Cements. There are reports that CSK will try and arrange more such trains depending on the availability during match days. 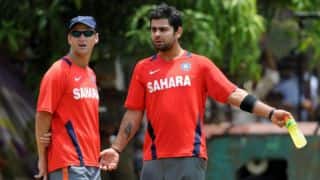