Royals were eliminated from the 2018 edition of the IPL as they failed to chase down the 170-run target set for them by the KKR in the Eliminator 1.

Kolkata (West Bengal) [India]: Rajasthan Royals (RR) captain Ajinkya Rahane lamented his team’s loss to Kolkata Knight Riders (KKR) in the Eliminator on Wednesday, saying that he was disappointed with the result as they looked good initially. “Really disappointed. The way we started with the ball, especially after that. Dropped catch of Russell hurts. But when you start your chase so well, you generally win the game, but KKR bowled really well. Definitely gettable (the target),” he said.

Reflecting on his side’s batting performance, he said, “Me and Rahul then me and Sanju got partnerships but we couldn’t get it in the end. Credit to the KKR bowlers for that. When Sanju and me were batting we were looking to play positively. Overall, we played really good cricket. The bowling unit was fantastic with how the fast bowlers bowled and even the spinners. Our batting needs to improve.”

KKR’s Kuldeep Yadav reveled in his team’s victory and subsequent progress to the Qualifier 2 against Sunrisers Hyderabad (SRH), saying that Rahane’s dismissal was the turning point in the run-chase.

“Excited. It was a slow wicket, and it was gripping, but later it became good to bat on. We started well, but couldn’t get early wickets. The wicket of Rahane was the turning point. Every game is important, and we are now four out of four, so we’ll go for it,” he said.

Yadav was also upbeat about KKR’s chances in the match against SRH, saying, “Yes, we’ll probably beat the Sunrisers.”

The Royals were eliminated from the 2018 edition of the Indian Premier League (IPL) as they failed to chase down the 170-run target set for them by the KKR in the Eliminator.

KKR will now face Sunrisers Hyderabad on Friday to vie for the second Final spot, the winner of which will proceed for the showdown with the Chennai Super Kings on May 27 to decide the winner of the 2018 edition of the IPL. 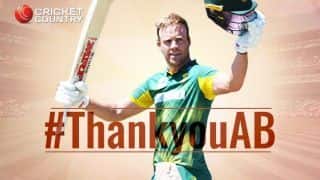 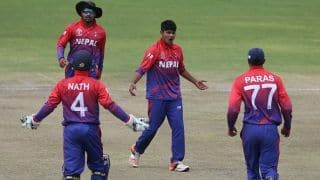