Chennai Super Kings‘ (CSK) fans dealt with a huge blow when the news broke out, in 2015, about their beloved-franchise’s non-participation for the next two years due to spot-fixing saga. CSK’s departure meant their close rivals Mumbai Indians (MI) stretched their dominance in the tournament-history; becoming the first side with three championships (with win in 2017).

After their punishment got over, CSK returned in VIVO IPL 2018. Their comeback was much like a brilliant script written by Bollywood, and transported in the just-concluded edition. CSK, with a number of match-winners, proceeded to IPL 11 finals, and eventually walked past Sunrisers Hyderabad (SRH) by 8 wickets. In this way, CSK earned their third championship; equalling with MI (that too on their turf at Wankhede Stadium, Mumbai). Can it be any better?

Chasing 179, Shane Watson led from the front after a slow start. His 117* took CSK home with MS Dhoni not even being needed to bat.

Talking about the fairytale comeback, Dhoni failed to come up with words to describe CSK’s dream comeback. “Very difficult to recall what the earlier championship wins were. A lot of people talk about stats , so tonight is 27th, my jersey number is seven and this is the seventh final for us. Enough reasons to win it. But none of these reasons matter, what matters is that we’ve won it in the end,” stated Dhoni, who won another IPL title after seven long years.

After IPL 2018 auction, CSK were trolled on social media for picking as many as nine 30-plus players in the squad. However, the likes of experienced and aged Watson, Dhoni, Ambati Rayudu, Suresh Raina, Harbhajan Singh, Dwayne Bravo etc stood up in crunch situations to lay the platform for another title. Shedding more in this aspect, Dhoni revealed, “We talked a lot about age but what matters is the fitness. Rayudu for example is 33, he’s someone who is fit, covers a lot of ground. Even if he plays a few games where he spends a lot of time in the ground and in the field, he never complains. So it is the fitness that really matters more than the age aspect. What captains want is players who move well in the field. It doesn’t matter which year a player is born in, whether you are 19 or 20 – you have to be agile. You have to accept your shortcomings. For example if I push Watson to stop a single, there is a very good chance that he’ll burst his hamstring,” added Dhoni.

CSK squad do not have the Orange or Purple Cap, but won every challenge thrown at their disposal to win the trophy. They returned after two years, didn’t get the luxury of playing at home, and won many nerve-wrecking encounters to surpass all hurdles. 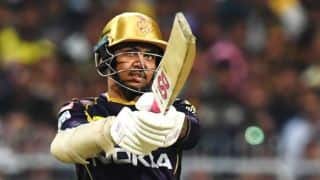