Imran Tahir picked up his 50th Indian Premier League (IPL) wicket during Chennai Super Kings (CSK) clash against Kings XI Punjab (KXIP) at Mohali. Tahir who was on 48 wickets, claimed 2 wickets on back-to-back deliveries. His 49th wicket was Mayank Agarwal, while 50th wicket was Aaron Finch. Tahir was picked up by CSK during IPL 2018 player auction.

Tahir began his journey with Delhi Daredevils in 2014. He was bought by Rising Pune Supergiant (RPS) in 2017, where he had a splendid season. He scalped 18 wickets from 12 matches at 20.50 with economy rate of 7.85. This is also the second time that Tahir is playing under Dhoni after RPS. 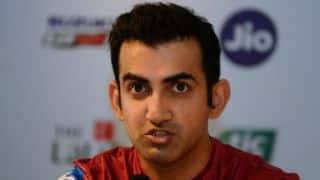