Williamson has led SRH from the front and has performed throughout the tournament, amassing 493 runs in 11 games.

“He has got a T20 hundred, I think about four years ago in the Champions League. It is no surprise to us that Kane has the ability to adapt from Test cricket to 50-over cricket, down to T20 cricket. That is why we bought him four years ago,” Moody said on the eve of their IPL match against Chennai Super Kings. “A pure batsman still is very dangerous in this format. Probably the best example would be Mike Hussey. He was seen as a pure Test cricketer but I tell you what, he could play T20 cricket too.”

Williamson has led SRH from the front and has performed throughout the tournament, amassing 493 runs in 11 games with the highest score of 84. The SRH head coach also said that the entire squad takes pride in defending low totals.”It is something that the whole squad takes pride in, because defending a total is a collective responsibility and you obviously need bowlers but also 10 other fielders to take responsibility,” Moody said.

Moody clarified that SRH, who are table toppers at present, won’t be making any experiments going forward and want to finish in top two.”We will not be looking to make any sort of experiments moving forward. To us, it is about looking for constant improvement. We are looking to play our best XI on any given day. We ideally want to finish on top two, we have still got some unfinished business there. We still see this as an opportunity and you know, momentum is important in this format. Ideally we would like to keep the winning momentum,” he said.

Moody also informed that wicket-keeper Wriddhiman Saha won’t be available for tomorrow’s game.” Saha will not be available. He is still recovering from soreness in his shoulder. We are expecting him to be available for the final (league) match. (Apart from Saha) at this stage we are okay,” he signed off. 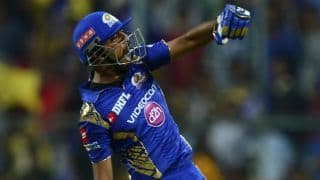 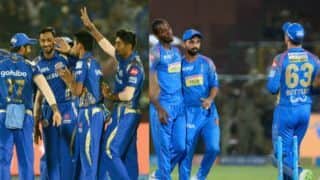