KXIP are positioned better with 6 wins and 4 losses, whereas KKR have 5 wins to their name and 6 losses.

The Match 44 of the VIVO IPL 2018 will witness the clash between Kings XI Punjab (KXIP) and Kolkata Knight Riders (KKR) at Indore. Both the sides have had a similar run in the tournament. They began with convincing win and later suffered slumps. KXIP are positioned better with 6 wins and 4 losses, whereas KKR have 5 wins to their name and 6 losses.

KKR will have to win all their remaining matches to get to the safe advancing zone of 16 points. KXIP will be under less pressure but they have issues in their batting order to fix in order to stake a claim at the title.

The match between east and north will be played in central India, and the teams will be lead by captains, Ravichandran Ashwin and Dinesh Karthik, both of whom hail from the southern state of Tamil Nadu.

Punjab’s middle-order has been an issue as the side have been heavily reliant on KL Rahul and Chris Gayle. These two made a mockery of KKR’s bowling in the rain-affected game between them at Eden Gardens.

But what abou the middle-order? Mayank Agarwal, Yuvraj Singh, Aaron Finch, Manoj Tiwary, Akshdeep Nath have all failed to make a difference. Karun Nair’s inconsistency has hurt the side as well. Time is running out for Punjab, who as a unit has bowled but their middle-order woes continues to haunt.

KKR will look to attack Punjab’s middle-order with spin. The trio of Sunil Narine, Kuldeep Yadav and Piyush Chawla have done well. They will hope to erase the memories of the Ishan Kishan pounding at Eden Gardens on Wednesday and start afresh.

KXIP have an answer to KKR’s spin trio. Punjab, in their ranks, have Ashwin, Akshar Patel and Mujeeb Ur Rahman.

The worry for KKR is their trimmed side and not too many replacement players. They have not been able to find apt replacements for Shivam Mavi and Shubman Gill.

Head to head, KKR have the 14:8 edge over KXIP. Their most famous encounter came in the final of 2014 edition where KKR clinched the thriller to lift the IPL trophy for the second time. A lot has changed since. The sides wear a different look. On current form, Punjab have the edge. It will be a good contest between the KKR spinners and the Punjab top-order, and the winner will have a large say in the match. 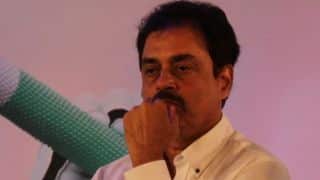