Kings XI Punjab (KXIP) and Rajasthan Royals (RR) are meeting for the first time in IPL 2018.

VIVO IPL 2018 Match 38 will see Kings XI Punjab (KXIP) host bottom-of-the-table Rajasthan Royals (RR) at Holkar Stadium, Indore. Neither side is going through the best of phases, though to be fair, KXIP has merely lost momentum after a long break. The change in home venue may have played a part in their drubbing in their last match. However, skipper Ravichandran Ashwin, as wily as they make them, will be desperate for a quick revival. RR, on the other hand, have been lacklustre throughout the tournament except perhaps the odd success.

Coming from a week-long rest, KXIP failed to carry the winning momentum in their last clash, against Mumbai Indians (MI). Riding on Chris Gayle’s fifty, they were going well at the halfway stage. However, Gayle’s dismissal led to a brake on the scoring. Their middle- and lower-order woes came to haunt them again. Marcus Stoinis’ late blitz took them to 174 for 6, but it turned out to be too less: they lost with an over to spare.

RR, on the other hand, are coming on the back off a close defeat, against Delhi Daredevils (DD). From fifth spot they slid to the bottom of the pile. Their big buys Ben Stokes and Jaydev Unadkat have not delivered, and an unsettled batting order (Jos Buttler finally opened the innings in their 8th game) are glaring issues. Ajinkya Rahane’s RR have to search for the answers quickly, and hope for a much-better execution to stay alive in the competition.

Predictions: KXIP would be eager to revamp after a loss against MI. Adjusting from Mohali to Indore can be tough, but expect them to walk past a struggling RR. The small ground is ideal for a big score. If Rahul and Gayle make use of the short boundaries, KXIP will be off to a flier yet again. In head-to-head records, RR are 9-6 ahead. Will they beat fourth-ranked KXIP? 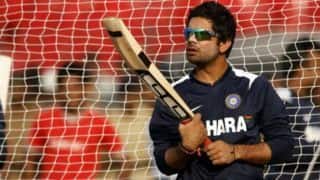