KXIP lost by 15 runs against RR despite an unbeaten 95 off 70 balls from KL Rahul.

Jaipur: KXIP coach Brad Hodge has made no bones about his team’s over reliance on openers Chris Gayle and K L Rahul though he hopes the middle order will deliver going forward in the Indian Premier League. “Yes I admit that we rely heavily on Chris Gayle and KL Rahul but that is the case with almost every team. It (middle-order) has been (a concern), for sure,” said Hodge after the loss against Rajasthan Royals here yesterday night. “We know that KL is in great form and when Chris Gayle fires, anything can happen. We have got some extremely talented players and we need them to lift a little bit and contribute a little bit more to what they are doing.”

KXIP lost by 15 runs despite an unbeaten 95 off 70 balls from Rahul. It was their fourth loss in 10 matches. “Unfortunately, we did not have anyone to help KL Rahul get the job done. It is a slight area of concern. Every team has a couple of good players and the rest of the batting revolves around them. But we have been getting good contributions from others too.”

Hodge said Rahul did the best he could under the circumstances. “It was difficult. In hindsight it is different. Look, if he (Rahul) had pushed a bit harder and lost his wicket, then we might not have gotten this close. It is a different thing in hindsight. If you maintain a level, and if you have to chase 12 an over in the last five, you can get that but it probably got a little bit out of hand. You cannot leave it all on KL. If we had contributions from the middle order, we might have been in a better position. But that didn’t happen,” said the Australian.

KXIP conceded 158 runs against Royals with Jos Buttler scoring 82 off 58 balls. Hodge felt his bowlers could have done better. “I think our bowling unit has been outstanding throughout the tournament. That is probably the one area which is contributing well. But if someone is having a good day like that there is not much one can do about. I feel we bowled a fraction wide to Butler and he capitalized on it.”

On the other hand, ‘Player of the match’ Butler said that the wicket had slowed considerably and he knew that 160 -170 would be a challenging total.

Actually, after the first six overs I thought it was a 180-190 pitch. And then it sort of changed very quickly and started to slow up. I thought 160-170 was going to be a very good score. Early wickets were crucial too and I am happy that Gowtham dealt two vital blows early.”

Talking about his new role as an opener and if it had something to do with team mentor Shane Warne, Butler said that it was nice to have around a cricketer like him in the dugout.

I spent a lot of time in my career and enjoy batting in the middle order. I am very comfortable in that position but I just did not play well enough in that position. I was lucky that there was change of decision and try opening it has worked well so far,” said a modest Butler who has now three consecutive fifties in that position.

“Shane Warne has been influential for the whole side. It is fantastic to have him here. . He obviously is very forward thinking. He likes aggressive cricket and is ready to take all positive options. I had to pick him obviously for leg spin bowlers and tactically it is fantastic talking to him. ”

With the win, Royals remain in the play-offs race.

“We always believed in ourselves. It is mathematically still possible that we can make it to qualifiers. When we assembled today we just wanted to remain in hunt. We again have a home game at hand on Friday. We have to be positive,” said Butler.

Royals have won four out of their 10 games in the competition. 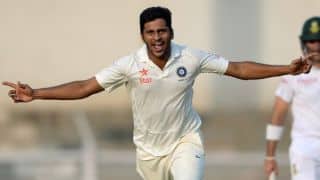 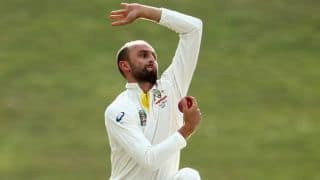