Match 27 of ongoing VIVO IPL 2018 saw Chennai Super Kings (CSK) post 169 for 5 versus Mumbai Indians (MI) in their adopted home ground, at Pune. CSK lost Shane Watson, who had earlier slammed a hundred at this venue, early but the innings was pushed courtesy Ambati Rayudu’s fluent 46. The late impetus was provided by Suresh Raina’s half century (75 not out) and MS Dhoni. MI would, however, fancy their chances for the total not being a ‘daunting’ one.

Inviting CSK to bat first, MI begun well. The first four overs went for only 24 runs. MI bowlers mixed it up, and curtailed Watson-Rayudu. Krunal Pandya removed Watson; dropping it slow and looping it a bit in the air. Watson had to fetch the sweep and resulted in a catch for Mayank Markande.

Rayudu and Raina got together for the second wicket. The duo got the odd boundaries in every over and added to MI’s pressure. Rayudu was immaculate with his timing and read the bowlers’ lengths soon. He was also handy against the slower ones. His straight six, off Hardik Pandya, was the highlight of his knock. Amidst the run of play, he fell four short of another half-century.

Raina was switched on from ball one. He worked around the gaps, and took on the spinners. Along with Dhoni, he ran hard between wickets and had the best seat when Dhoni switched gears. CSK skipper started off slowly; scoring just 4 off 10 balls. He exploded from thereon before being dismissed for a 21-ball 26. Predicting Hardik’s line and lengths, Dhoni got into the groove. He even hammered young Markande for a massive six.

MI were on course of chasing anything around 180-190. At halfway stage, CSK were 91 for 1. However, post Rayudu and Dhoni’s departure, they managed to pull things back collectively. As a result, MI conceded only 26 in the last three overs.

Will the defending champions’ fortunes change at Pune? 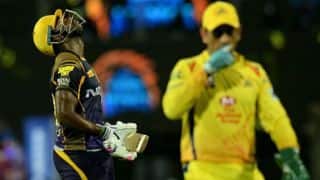 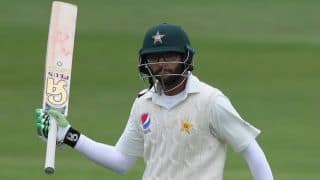