After his success against Kings XI Punjab (KXIP), Ajinkya Rahane predictably gave Krishnappa Gowtham the first over. Watson isn’t the best starter against spin, while Rayudu likes the ball to come on to the bat. However, Jofra Archer provided the first breakthrough with extra pace. Rayudu dragged one on to the stumps. Raina, not in great form, got some freebies and took the momentum from thereon.

At the other end Watson was content in rotating strike and took the odd chances. He played second fiddle before falling for 39, once again to Archer. Rahane had probably missed a trick by removing Archer after his first (successful) over, but Archer responded the moment he was recalled.

Raina followed suit. After his 34th IPL fifty, Raina mistimed a sweep off Sodhi’s googly and was caught inside the circle. During his 52, Raina amassed 557 runs versus RR in 19 innings. It is the most by any player against them.

Sodhi, Archer and Jaydev Unadkat kept Dhoni and Sam Billings at bay before Dhoni decided that it was enough. He upped the ante at the right time, adding 34 in the last 3 overs.

RR who sportied a pink-cyan-burgundy jersey to promote cancer awareness haven’t been tested while chasing. Will they keep their campaign alive with a win here? In the last encounter, against KXIP at the same venue, they had defended a moderate 158. Dhoni and co. should draw encouragement from this. 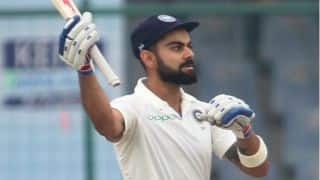