Shreyas Iyer is the second leading run-scorer for DD with 151 runs.

Delhi Daredevils (DD) was seen as one of the strongest team on paper before the start of Vivo IPL 2018. However, they haven’t stood up to their expectations winning only one game so far. Shreyas Iyer, played a brilliant innings of 57 off 45 balls but failed to win it for the team in a close encounter against Kings XI Punjab (KXIP). He is the second leading run-scorer for DD with 151 runs.

In a video posted by DD’s official twitter account Iyer revealed secrets of the dressing room. He even called head coach Ricky Ponting the gangster of the team.

His best friend in the team?

DD need to win almost all their matches from here on to qualify for the next round. Gautam Gambhir who made his comeback in the side is struggling with his form scoring only 85 runs in six matches. DD next play Kolkata Knight Riders (KKR) on April 27 in their own backyard. 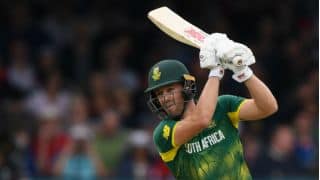