"We believe experience coming back into the competition was going to be a key component."

Chennai Super Kings head coach Stephen Fleming has admitted that his franchise experienced a difficult time during the two-year ban from the IPL and his players were motivated to win the title. Reinstated into the IPL  after a two-year ban for their team management’s role in the 2013 spot-fixing scandal, CSK outplayed Sunrisers Hyderabad  by eight wickets in the summit clash here last night to clinch their third title, with Shane Watson leading the charge with an unbeaten 117 off 57 balls.

“It was difficult two years for the franchise. The desire to get back to the competition was high. It was sustainable to keep winning throughout. The players were motivated (to win),” Fleming said after his side beat SRH to clinch the title.

“I am proud of how different individuals stood up at key times. I am proud the way experienced players showed their way. We believe experience coming back into the competition was going to be a key component. There were lots of emotions in the franchise for what had happened, there was a lot of reasoning behind this team,” said Fleming.

CSK had won the title previously in 2010 and 2011 and was suspended from the event in 2016 and 2017. Fleming said the consistency brought by the likes of captain MS Dhoni and Suresh Raina also played a major part in his side’s campaign.

“We value experience for consistency, guys who keep doing it and not one-offs. The (Mahendra Singh) Dhonis and (Suresh) Rainas take you deep into the tournament,” he said.

In the end, CSK notched up an easy 8-wicket win with 1.3 overs to spare against SRH in the summit clash but Fleming admitted that it was a tough battle in the initial overs.

“It was a good struggle, the opening spell was outstanding from Sunrisers. It was a real battle in the first four or five overs. Shane gradually found a bit of rhythm and range. He kept patience and did not give it away. He knew his power game would get the team out of trouble. He has been a star performer for us,” the New Zealander said.

He said he was always confident of Australian Watson making an impact in this IPL though there were a question mark on his fitness.

“Fitness was an issue as it is a long tournament but he (Watson) is more professional than I thought. We did not have to use much in bowling but he has got through one of his greatest performances. He is a bit broken now,” said Fleming, after Watson was seen limping during the post-tournament awards function.

“With RCB (Royal Challengers Bangalore), Watson batted at four. I also watched him closely at the Big Bash (T20 league in Australia) and there were signs that he was in good form. I had no doubt he was going to make an impact,” he added.

“They could have got to 190-200 too. Ngidi and Shardul bowled two good overs. Anything under 180, we were happy with it,” said the head coach while pointing out how the batsmen stood up to the challenge posed by Afghanistan leggie Rashid Khan.

“Rashid Khan was a different player, we played him quite well,” he said. The coach also said that communication and defining roles were important for his team “Communication and defining roles is crucial. We needed to look at characters, (Ambati) Rayudu was a character who I valued. M S (Dhoni) was open about batting him top of the order. Kedar Jadhav is another good character who we lost (due to injury). It is not rocket science, but looking after little things,” Fleming said. 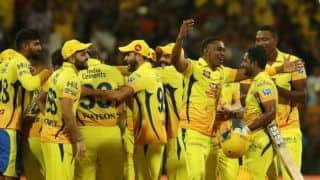 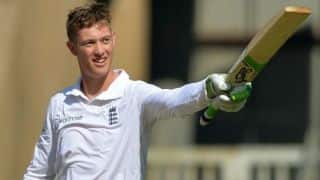