Gayle has so far amassed 252 runs in just 4 matches for KXIP.

Chris Gayle is not just a name, but also an experience for people, who have witnessed him play. Currently featuring for Kings XI Punjab (KXIP) in VIVO Indian Premier League (IPL) 2018, Gayle has already set the stage on fire. Gayle, who scored his 21st T20 century during KXIP s win over Sunrisers Hyderabad (SRH) spoke about his experience so far in this edition, and how he felt on not being picked in auction for two rounds.

In an interview to Times of India, Gayle spoke about the rejection at auction, he said: Not in particular but I’ll be honest in admitting that it was very surprising for me to not get picked by any team. I don’t know what went behind closed doors but I also understand that these things happen. It’s just the way it is. But it’s fine. I’ve moved on from it. Like I said, it’s a great opportunity to be playing for King XI Punjab and so far I’ve had a great time. Perhaps it was supposed to happen, you know. King Gayle; destined to be playing for Kings XI Punjab.

Gayle has so far amassed 252 runs in just 4 matches for KXIP, spoke about his aspirations to win the IPL and upcoming ICC Cricket World Cup with West Indies. He said: Just two things: winning the IPL this year and the World Cup for West Indies next year. I believe West Indies have a big chance of winning the World Cup in 2019. I know we struggled in the qualifiers but now that we’ve made it, our next aim is to win it. But right now it’s definitely the IPL. 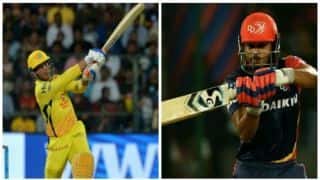 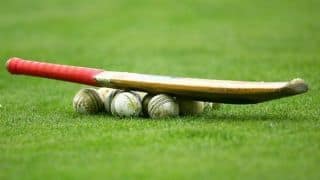