Ishan Kishan was bagged by Mumbai Indians(MI) in the Vivo IPL 2018 auctions for an amount of INR 6.2 crores.

Ishan Kishan was bagged by Mumbai Indians(MI) in the Vivo IPL 2018 auctions for an amount of INR 6.2 crores. He was got in to play the role of wicket-keeper batsman in the side. He has played 44 T20 matches and scored more than 1000 runs with a strike rate of 126. He has contributed well for MI in this season scoring 93 runs in three matches and is doing a good job behind the wicket as well.

MI posted a video through their official twitter account in which Kishan’s parents talk about his craze for the game from an early age. His coach also mentions his fearless attitude while playing.

As a child, Ishan Kishan knocked 200 balls every day, got hit, made the long commute back home and never let his studies suffer.

MI is all set to take on Royal Challengers Bangalore(RCB) in their own back yard today. MI have a good record against them. MI bowlers have a big job against them to restrict the strong RCB line-up from going big. Will Mumbai maintain the record and register a win or RCB will climb chart defeating them? 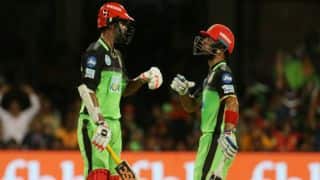 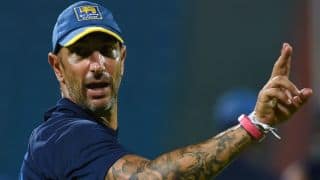