Krishnappa Gowthtam was Rajasthan Royal‘s (RR) first buy on day two of Vivo IPL auction 2018. He was bagged in for a whopping amount of INR 6.2 crores. So far he hasn’t done well for RR picking up only one wicket in the two games he played but he holds a good record in T20. He has played 27 matches scoring 310 runs with a strike rate of 159 and picked up 20 wickets at an economy of 7.06. He can surely prove as an important asset for RR with his all-round skills.

The RR twitter account has posted a video of Gowtham talking about his IPL journey with the franchise so far. He even talked about his bollywood crush.

Another #Royal from Bengaluru, @gowthamyadav88, on his journey so far with the #Royals!!!#HallaBol #RCBvRR #IPL2018

RR are currently at number four in the points table having won two off their three matches. They will now take on Kolkata Knight Riders (KKR) on April 18 at Sawai Mansingh Stadium, Jaipur. In their last match against Royal Challengers Bangalore(RCB) they posted the highest total of the season(217). They eventually won the match by 19 runs. 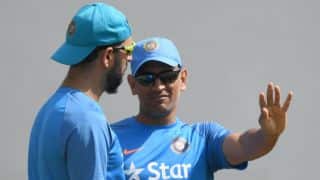