This was MI's third consecutive win after they defeated Kings XI Punjab (KXIP) and KKR at home.

Mumbai Indians (MI) comprehensively defeated Kolkata Knight Riders (KKR) by 102 runs in the match 41 of Vivo IPL 2018. This was their third consecutive win after they defeated Kings XI Punjab (KXIP) and KKR at home. MI had a poor start to the season but like every season they have bounced back strongly in the second half of the season.

The official twitter handle of MI posted a video of how the team celebrated the win. Ishan Kishan who was the star of the match against KKR was covered with cake at the end of the celebration.

With the win MI climbed to the fourth spot in t he points table with five wins. They next play Rajasthan Royals (RR) on May 13 at Wankhade. With three more matches to go MI will look to stay in the top four to qualify for the playoffs. 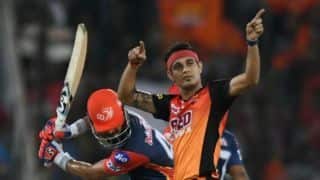 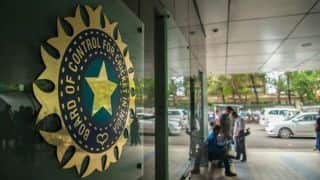