Joseph has featured in nine Tests and 16 ODIs for the West Indies so far.

Mumbai have replaced the injured Adam Milne with West Indies pacer Alzarri Joseph for the rest of the Indian T20 League. The New Zealand pacer Milne, who previously played for Bangalore, was signed by Mumbai at the auction for INR 75 lakhs, but pulled out of the league owing to a sore heel.

Mumbai Indians have picked Alzarri Joseph as a replacement for the injured fast bowler Adam Milne for the Indian Premier League (IPL) 2019, read a statement from the T20 League on Thursday. (ALSO READ: Bangalore vs Mumbai: What can we expect from Kohli and Rohit?)

Joseph, who has featured in nine Tests and 16 One-Day Internationals for the West Indies so far, will play in his maiden T20 League this season. The 22-year-old has been in exceptional form in the Test series against England where he picked 10 wickets in three matches. In Twenty20s, Joseph has featured in just seven T20s in which he has scalped nine wickets. His best registered his best T20 figures of 4 for 41 against St. Lucia Zouks during the Caribbean Premier League 2016.

According to the rules, the amount a franchise can pay the replacement player cannot exceed that paid to the original player. So, any player that replaces Milne cannot be paid over INR 75 lakhs.

Joseph’s arrival bodes well for the Rohit Sharma-led side who were also boosted with the arrival of Sri Lanka veteran Lasith Malinga, who was initially supposed to miss the first six matches of the tournament due to ICC World Cup 2019 preparations.

Mumbai, who lost their opening home match against Delhi, face Bangalore in their second game on Thursday. 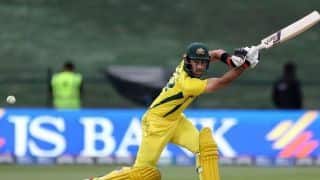 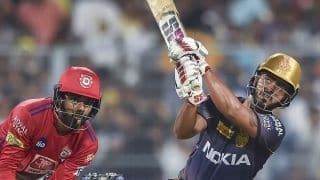