Speaking to reporters on the eve of the match against Rajasthan Royals at the MA Chidambaram Stadium, CSK head coach Stephen Fleming said they had gone in for Kuggeleijn, who bowls quick and bats well and added that he would be joining the squad next week. (ALSO READ: Raina refuses to compare MS Dhoni with Kohli, Rohit, says Dhoni s strategic skills are unmatched)

“For Lungi we’ve been a little bit more selective. It’s obviously a different level of replacement player (required for him) based on price. We’ve gone with Scott Kuggeleijn, who’s a New Zealand international, who bowls quick and bats well. So, we’ve gone for an allrounder who has good pace and good variations. He’ll be joining us next week,” Fleming said.

Ngidi has been ruled out of the ongoing IPL even before its start after the South African pacer felt discomfort while bowling during the last ODI against Sri Lanka at Newlands recently.

Talking about England all-rounder David Willey, who pulled out owing to personal reasons, Fleming said he can’t be replaced. “We can’t replace David Willey. David’s got a personal issue at home that he’s dealing with and we’re supporting him and we’ll continue to support him,” he said. (ALSO READ: MS Dhoni is ‘the best captain in the world’: Dwayne Bravo)

“So contrary to some of the statements that have come out, we can’t replace David Willey no matter what happens. It’s just about us supporting him and his family as they go through some issues at home, and we support his decision to be at home.”

Willey, who played three matches for the CSK in 2018, was quoted by Yorkshire County Cricket Club website as saying that “unfortunately due to some family reasons, I’ve had to pull out of the IPL”.

Last year, Willey was called up as a late replacement for an injured Kedar Jadhav by CSK and had been retained by the defending champions. 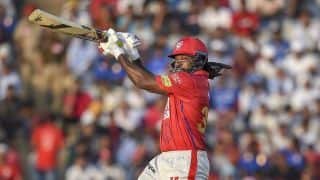