Fleming was content that experienced players were standing up and the team was winning key moments.

Mumbai: Cliched as it might sound, Chennai Super Kings (CSK) coach Stephen Fleming is happy that the adage ‘Old is Gold’ fits his team aptly.

The defending champions have started with this edition of the Indian Premier League (IPL 2019) a bang winning all their matches so far and start favourites against the wobbly Mumbai Indians (MI) on Wednesday.

“They have been around for a lot (of time) and know what to do and they can handle the start of the tournament quite well and it was a case with Dwayne Bravo here in Mumbai a year,” Fleming said at the pre-match presser. (ALSO READ: Can Mumbai Indians stop Chennai Super Kings’ juggernaut at Wankhede?)

“Of course, the talk (is) about the team is getting older (but) from my point of view they are little bit wiser, 12 months wiser ,” Fleming said.

Last year, West Indian Bravo had played a match-winning against Mumbai Indians in their opener after he turned the match on its head and the team later went on to win the IPL title.

“One of the benefits of maintaining the same side with a little turn-over is that you can start the season little bit ahead of other teams, who have a big-turn-over (change) of players.” (WATCH: Bravo hands Chennai hat-trick of wins in last-over thriller)

Continuity is an important aspect of squad building, said Fleming. “So, we turned up with the very much the same team that played the final (last year) apart from one or two injuries. If you are changing only one player, roughly again, it doesn’t have a major impact.

“Probably the most important (thing) is that it allows to get into the competition a little-bit quicker. The guys know the roles they have been picked for,” explained Fleming when asked how tricky is to go with a consistent side.

The former New Zealand skipper was content that experienced players were standing up and the team was winning key moments. “It’s been a good start, would not say that it was dominating, but good hard-fought wins. Last game (against Rajasthan Royals), I was pleased with a lot of things.

“By no means, we are anywhere near where we want to be, but we are just winning key moments with some experienced players standing up, which is a good sign,” Fleming noted. (ALSO READ: Fleming, Ponting reveal how they deal with World Cup hopefuls Rayudu and Pant)

Their skipper Mahendra Singh Dhoni has rolled back the years and has been in prime form. His match-winning unbeaten innings helped CSK to come out of trouble against Rajasthan Royals and they came out triumphant.

Asked whether Dhoni has remained the same over the years, Fleming quipped: “He is pretty much. I thought the last innings he played was one of the good ones. His composure and skills at the end of the innings help us win the game and have been a dominating factor between two teams. His presence is calm, his influence over the team has been consistent over the years.” 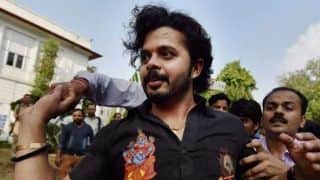