It was at the Eden Gardens last year when Hyderabad knocked out Kolkata in the Qualifiers.

David Warner will be the cynosure of all eyes for last year s finalists Hyderabad as they get their Indian T20 League campaign underway when they face Kolkata at the Eden Gardens on Sunday.

The spotlight will be on Warner, returning to the side after missing last edition due to his suspension in the aftermath of the ball-tampering scandal. The Australian southpaw will be itching to get into the zone to stake a claim in Australia s ICC World Cup 2019 squad.

Warner, who injured his elbow during the Bangladesh Premier League (BPL 2019) this year, went under the knife and made a successful comeback for his Sydney club Randy Petes with a 77-ball century in a one-day game earlier this month.

Under Warner, Hyderabad won their maiden title in 2016. However, despite his return, Kane Williamson will lead the side even though there are question marks on his fitness after he sustained a shoulder injury last week during New Zealand s Test series win against Bangladesh.

For Kolkata, a lot of attention will be on Dinesh Karthik, who s looking for truckloads of runs under his belt for him to be a pressing case for a World Cup berth.

It was at this venue last year when Hyderabad knocked out Kolkata in the Qualifiers and went on to lose the final against Chennai. Will Kolkata avenge their defeat this time? A cracker awaits Eden!

What: Match 2, Kolkata vs Hyderabad

Weather: Sunny with a maximum high of 36 degrees Celsius

You can also follow LIVE coverage of the match on CricketCountry.com (Kolkata vs Hyderabad: SCORECARD)

Kolkata can throw their opponents off guard by promoting Sunil Narine to open the innings with Chris Lynn. Young Shubman Gill has the chance to step up in the middle order, while Nitish Rana and Robin Uthappa are favourites to make the rest of the middle order with a lot of responsibility on Karthik to fire on all cylinders like last season in which he scored 498 runs to be the team s highest run-scorer.

Kolkata have been grappling with several injury issues to their pacers Kalmesh Nagarkoti, Shivam Mavi and Anrich Nortje ruled out of the season due to injury. New signing Lockie Ferguson and Sandeep Warrier, who was one of Kerala s brightest spots in the Ranji Trophy 2018-19 season, will share the new ball. In Narine and Kuldeep Yadav, they have two capable spinners with a variety of tricks between them.

It will be interesting to see who partners Warner to open the innings after Hyderabad traded Shikhar Dhawan with Vijay Shankar, Shahbaz Nadeem and Abhishek Sharma. Jonny Bairstow, who has opened the innings for England, is a likely replacement. However, if Williamson plays, then either Bairstow or Shakib Al Hasan will have to miss out in the playing XI.

With Nadeem left at their disposal, Hyderabad are likely to opt for Afghan allrounder Mohammad Nabi, who s coming off a great performance in the Ireland series. Basil Thampi and Khaleel Ahmed will be zeroed in to assist Bhuvneshwar in the pace department.

“He (Warner) is returning after a long time so many people will come to watch him play again. You may be a fan of Hyderabad or not, but everyone enjoys his style of batting. He is a very much entertainer on the field.” Yusuf Pathan 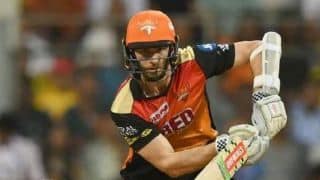 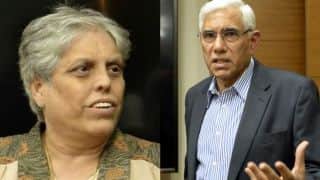