Dinesh Karthik-led Indian T20 league franchise will be eager to claim to their third title.

The two-time champions of the Indian T20 League will be keen to win their third title and join Chennai and Mumbai. The Dinesh Karthik-led franchise did well and managed to make it to the playoffs. (ALSO READ: Indian T20 League: Bangalore s full group stage schedule)

While there have been injury issues for the team even before a ball is bowled in the 12th edition of the tournament, the Kolkata-based franchise will be aiming to put that behind and claim the title. (ALSO READ: Indian T20 League: Delhi s full group-stage schedule)

Here s the full list of all the group stage matches of Kolkata.

May 5 (Sunday)- Mumbai vs Kolkata at Wankhede Stadium, Mumbai (8pm) 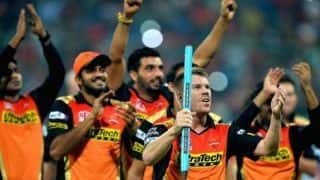