Chennai Super Kings (CSK) had set Kolkata Knight Riders (KKR) 178 in Match 31 of IPL 2018, at Eden Gardens, Kolkata. KKR went past comfortably, with 6 wickets in hand and 14 balls to spare. Shubman Gill starred during the chase, with an unbeaten 57 in 36 balls. His innings, along with Sunil Narine s early onslaught and Dinesh Karthik s finishing touches, and some inept fielding, kept the CSK bowlers at bay. With this win KKR edged past Kings XI Punjab (KXIP) to secure third spot on the points table, while CSK slid to second spot, below Sunrisers Hyderabad (SRH).

A much-relieved Karthik credited the KKR scouts for spotting India Under-19 stars and backing them. Karthik even predicted long-term success for the youngster at the highest level: “Credit to the franchise. They picked a lot of under-19 players … That boy [Gill] is special” stated KKR skipper at the post-match presentation ceremony.

Not for the first time, Narine rose to the occasion with an all-round performance. His 2 for 20 dried the run flow for CSK earlier in the match. Then and he turned the heat on with another swift, if chancy, cameo (32 in 20 balls) at the top, and was named Player of the Match. Speaking about his spinners’ participation in the game, and Narine in particular, Karthik added: “Our bowlers are so confident. You need to be pushing boundaries. He is a thorough all-rounder. He bowled the pressure overs. He’s a great player to have.”

Despite their recent wins, KKR continue to suffer from the lack of a decent reserve bench. The injury of Nitish Rana went unnoticed due to Gill’s brilliance, but that won’t happen every day. KKR are definitely a couple of quality back-up players short. 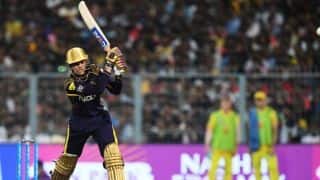 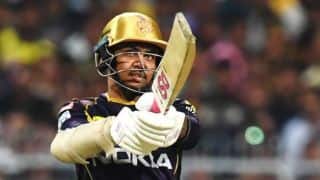 IPL 2018: Freedom to play my shots key to my batting: Sunil Narine