Indian cricketers celebrate with the trophy after beating Sri Lanka in the 2011 ICC Cricket World Cup final match at the Wankhede Stadium in Mumbai, on April 2. India won by six wickets.

“The World At Our Feet” crowed the front page headline in the Times of India, above a picture of the team celebrating with the trophy after seeing off their South Asian rivals Sri Lanka on Saturday in Mumbai.

“The wait has ended and a new legend has been born,” the Times said, putting Dhoni’s squad on the same pedestal as the last Indian team to win the World Cup back in 1983.

The Hindustan Times did not even bother with a headline, covering its front page with a picture of the joyous Indian players behind a huge hoarding in the Wankhede Stadium bearing the slogan “Champions”.

India became the first team to win the World Cup on home soil, after successfully chasing down the largest run-target ever set in a final.

“Men who make history defy all the odds,” the Hindustan Times said, labelling the win “a resounding announcement of India’s official coronation as the world’s best team.”

“Windia!” was the banner headline in the Indian Express, while the Mail Today ran “Cup of Joy” over a picture of champagne bursting over the players’ heads as they held up the trophy. Like many newspapers, the Mail singled out the role of skipper Dhoni, who hit the winning runs in style with an imperious six into the packed stands.

“Hail Mahendra Singh Dhoni,” the newspaper said. “On a night when the heat inside the Wankhede Stadium could have left you breathless, the inspirational leader showed what it is to lead from the front.”

There was special praise too for the “instrumental” efforts of India’s coach, former South African Test player Gary Kirsten, who has been credited with reviving the team’s fortunes after a turbulent era under Australian coach Greg Chappell.

And most newspapers ran special articles to honour star batsman Sachin Tendulkar who, at 37, was almost certainly appearing in his last World Cup tournament.

Tendulkar, playing in front of his home crowd, failed with bat, scoring just 18 runs, but still ended up shedding tears of joy once victory was assured. “For very long, cricket has been synonymous with Tendulkar all over India,” said the Indian Express. “But home is where the heart lies, and no other ground in India, or the world, could have provided a more emotional platform for the batting maestro.” Praise and congratulations poured in from all quarters, including Indian President Pratibha Patil.

“All of you truly deserve the thanks of a billion plus Indians today,” she said in a message to the team, while Prime Minister Manmohan Singh thanked the players for having “made India proud.”

The tone was very different in Sri Lanka, where the state-run media blasted everything from the preparation of the national team to the squad selection. The Sunday Observer particularly questioned the wisdom of playing a half-fit Muttiah Muralitharan, the ace spinner and world record wicket-taker, who was retiring after Saturday’s game.

“Was it advisable playing a half-fit Muralitharan?” the state-run paper said. “Winning the mega final is much more important than giving a farewell tribute to even a great cricketer of Muralitharan’s magnitude.” 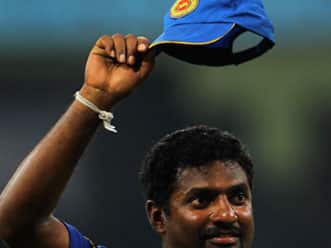