Bangalore have lost every single of these 11 matches he has played in.

Bangalore had finished last in the 2017 edition of the Indian T20 League, failing to rise to the royal challenge of the tournament. They had won 3 and lost 10 of their 14 matches. They had only one point fewer than Gujarat s 8, but the difference in net run rate was enormous (Gujarat -0.41, Bangalore -1.30). Bangalore s famed batting line-up had let them down: while each of the other teams had scored at a range between 2.18 and 2.41, Bangalore stopped at 1.85. Kolkata bowled them out for 49 in 9.4 overs, while they crawled to 96 for 9 against Pune.

Bangalore had also lost their last match in 2016 (the final) and their first in 2018, which makes it 12 defeats in 16 matches. One of the key factors of Bangalore s abject performances over this period was AB de Villiers extremely ordinary performance.

While an average of 26.50 and a strike rate of 138 are acceptable in T20 cricket, it is way below par for someone of AB s calibre. However, the astonishing bit lies elsewhere: Bangalore have lost every single of these 11 matches he has played in. On the other hand, here is how Bangalore have performed in the matches he missed.

Cricket is, and will remain, a team sport. One player cannot overturn the performances of 21 others. However, it is not every time that your side has a 0-11 head-to-head when you play and 3-1 if you don t and you have lost form. But then, given that this is AB de Villiers, that outrageous performance is always around the corner 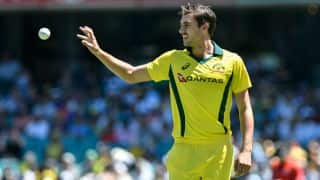