Sunil Narine took away the game in the first six overs scoring 50 off just 19 balls and the middle order did the rest.

Bangalore lost their opening game of the Indian T20 League 2018 against Kolkata as they failed to defend 176. Sunil Narine took away the game in the first six overs scoring 50 off just 19 balls as the middle order did the rest. Bangalore batted well in the first innings as at one point the seemed to be cruising to a huge total at one point.

It was the Powerplay in the second innings that cost them the game. According to reports in TOI, AB de Villiers talked about the positives seen in the game despite the defeat.

“Dan(iel) Vettori pulled me to one side after Sunday’s opening defeat against KKR at Eden Gardens. The RCB coach was disappointed with the result, but he wanted me to know he had seen plenty of positives in our performance and he felt optimistic about our prospects,” he said.

De Villiers and Virat Kohli were dismissed by a part-timer Nitesh Rana on successive deliveries in the 15th over. Speaking on that de Villiers admitted that one of them should have batted responsibly and guided the team to a huge total.

“We understand Virat and I should not have been dismissed in successive balls when we appeared to be going well and when one of us really needed to carry on and get to 70 or 80, and we also realise we needed to find a way of preventing Sunil Narine from getting KKR off to yet another flyer. But what’s done is done and, as Dan said, there were upsides.”

De Villiers later dismissed the criticism of Bangalore being an unbalanced side which is more focused on the top four batting line batsmen. He believes that the bowlers did a good job for them and even mentioned about the strong bench strength.

“In recent seasons, the experts have said we are unbalanced, that we are fine when our top four fire but that we lack the bowling strength to compete consistently and challenge for the title. Well, I saw enough in Kolkata to say this will not be true in 2018. Our bowlers performed with skill and heart all the way through their innings and impressed me. We have real energy and variety in our attack, and there are strong options on the bench, so I am sure it’s only a matter of time before their collective talent starts to shine through.”

Bangalore face Punjab in their next encounter on April 13 at M.Chinnaswamy Stadium, Bengaluru. 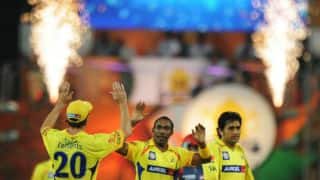 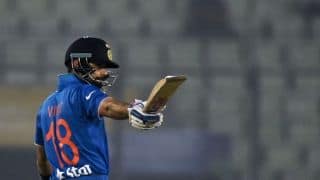