Brendon McCullum is no stranger to T20 records. Former New Zealand captain became the second player after Chris Gayle to cross 9,000 T20 runs. Before the Indian T20 league, McCullum was on 8,992 runs, behind Gayle, who has 11,068 runs. McCullum achieved this record playing for Bangalore franchise. Opening the batting for Bangalore, McCullum slammed two fours and one six to reach the 9,000-run mark. He is currently batting on 14 off 6.

He has so far played T20 franchise cricket for the likes of Kolkata, Pune, Gujarat, Chennai, Brisbane Heat and Kerala to name a few. McCullum out the 9,000 runs has 2,140 runs for New Zealand. He also has seven T20 hundreds; fourth highest. 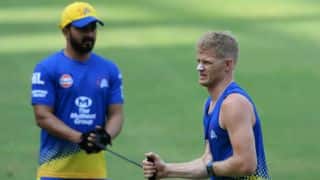 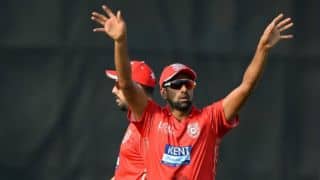