Tamil Nadu has been witnessing protests over the Central government's failure to set up a Cauvery Management Board.

With Tamil Nadu’s Cauvery river water sharing row with Karnataka hotting up, a few IPL matches of the present season, which got underway on Saturday, might be held in Kerala. The matches that could be held in Kerala include those involving Chennai Super Kings (CSK) and Royal Challengers Bangalore (RCB) — to be held in Chennai and Bengaluru. Kerala Cricket Association Jayesh George told the media on Sunday that talks for these changes have already begun.

“Last night, CSK CEO K.S. Viswanathan spoke to me about this and today top officials of the BCCI and IPL, including Amitabh Choudhary and Rajeev Shukla, also talked to me.

“We have expressed our willingness to stage IPL matches in Thiruvananthapuram and Kochi. We will hear from them in the next few days,” he said. The state-of-the-art Greenfield Stadium here could be the most likely venue if Kerala is allotted any of the IPL matches as the Kochi venue which was the home ground of the Kochi Tuskers in 2011 could take a while before it could be match-ready.

Apart from the excellent facilities at the Greenfield Stadium, which last year staged the India vs New Zealand T20, another reason it could be the choice is that Thiruvananthapuram can be reached by road in less than eight hours from Tamil Nadu. Tamil Nadu has been witnessing protests over the Central government’s failure to set up a Cauvery Management Board after the Supreme Court reduced its share of Cauvery water while Karnataka’s share was increased. 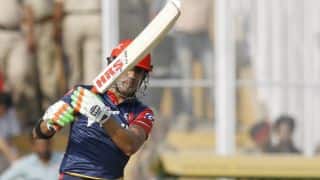 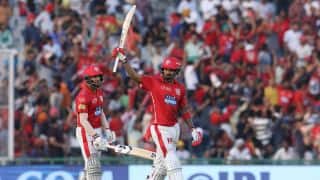