Indian T20 League, with only three completed games so far, have already begun to lose key players of the tournament. Chennai’s Kedar Jadhav, who was roped in for INR 7.8 crores, has been ruled out of the current edition with a hamstring injury. The middle-order batsman helped Chennai win the tournament-opener in a thrilling tie versus Mumbai at Wankhede Stadium, but won’t take any further participation in the competition. He sustained the injury during the chase, and somehow managed to bat again when victory was at Chennai’s doorstep. With no Jadhav in the middle, Chennai would turn to Ambati Rayudu at No. 4. They also have the likes of Dhruv Shorey and Kshtiz Sharma as replacement options.

Chennai won the tournament-opener of Indian T20 League 2018 against arch-rivals and defending champions, Mumbai, on Saturday. Their next clash is their first home game since 2015; versus Kolkata on Tuesday.

“Him being ruled out is a big loss for us. He was a very key player for us in the middle order,” stated Chennai batting coach, Michael Hussey ahead of Tuesday’s clash at MA Chidambaram Stadium. Chennai also have a struggling Faf du Plessis who missed the first game due to a finger injury. His injury updates are awaited. 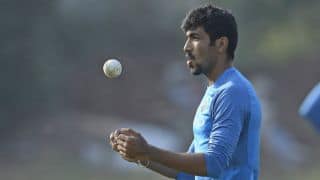 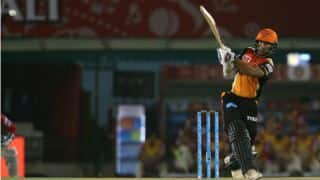