Shikhar Dhawan led from the front with the bat for Hyderabad in their first Indian T20 League match against Rajasthan. He went to score an unbeaten 77 runs during Hyderabad’s chase of 126 runs. Dhawan was awarded the Man of the Match trophy, spoke about his knock and also about his overall form coming into the tournament.

He said: “I enjoy playing long innings. It benefits the team, it benefits me. Trying to stretch the form as long as possible and score big runs for as long as I can.”

About his recent form, Dhawan said: ” I’ve been playing more aggressively since South Africa series, not just in this IPL. So I’m just continuing that form.”

To round off he spoke about Hyderabad’s side. He said: “We have a very balanced team, which is the strength of our side. We have started the tournament on a good note, and hopefully that’ll help us and give us the momentum for the rest of the tournament” 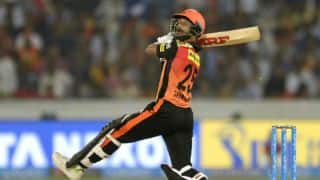 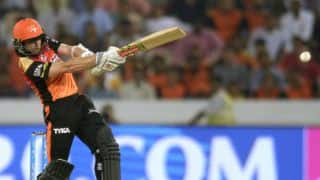