Sunil Narine was awarded Man of the Match for playing a brisk knock of 50 runs against Bangalore.

Sunil Narine showcased his batting skills against Bangalore during Kolkata s first match of the Indian T20 League 2018. Narine went on to record a 17-ball half-century, that enabled his side attain a quick start. Awarded the Man of the Match trophy, Narine opened up about his batting. He said: It’s good to get the ball rolling in the first game. The support staff and everyone giving me a chance to open the batting. Whatever role the teams wants to play.

He further adds, If I get out first ball, that’s okay, that gives a lot more pressure on the fielding team and less on me. It’s not as it was before, but it’s a good cricket wicket, whatever you do on the field, it’s gonna benefit you

Narine has been off-colour with the ball in the past many months. Talking about his role in the side, he said: I’m happy to do it. It’s a good cricket wicket, whatever you do on the field, it’s gonna benefit you.

Kolkata’s next match will be against Chennai on April 10. 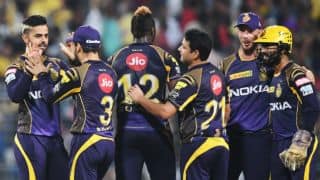 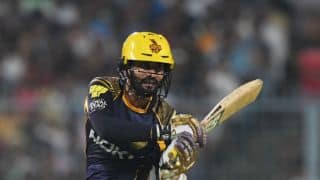