Rajasthan have an upper hand with a 4-3 head-to-head record versus Hyderabad.

In Match 4 of Indian T20 League 2018, Hyderabad take on Rajasthan in their own backyard. It will be a clash of two underdog sides after losing their respective captains, David Warner and Steven Smith. Both the Australians lose an IPL appearance in this edition post their involvement in ball-tampering scandal that shocked Australian cricket recently. In their absence, Ajinkya Rahane and Kane Williamson will take up the responsibility of spearheading Rajasthan and Hyderabad respectively. From the hosts’ perspective, they will bank upon Shikhar Dhawan to provide a flourishing start. Manish Pandey and Yusuf Pathan would hope to don the finishers’ role. The bowling department has a lot of variety with Shakib Al Hasan, Bhuvneshwar Kumar and Rashid Khan. Rajasthan would hope for the big bucks to be fruitful with good performances of Ben Stokes, Jos Buttler and Jaydev Unadkat. Rahane’s freedom to express at the top will be eagerly watched with ‘added responsibility.’

Rajasthan and Hyderabad have played each other on seven occasions. Rajasthan have an upper hand with a 4-3 head-to-head record. Nonetheless, Hyderabad have been a reasonable side and have made their home ground a ‘fortress’ in past editions. Expect a high-scoring encounter, and the home team to miss an impactful player like Warner. 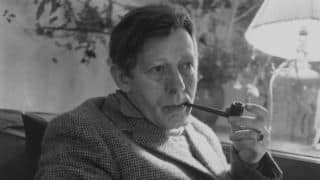 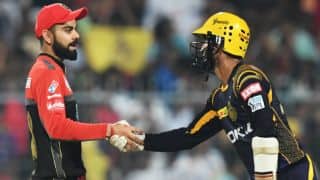