Chennai play their first home against Kolkata on Tuesday.

Ahead of Chennai‘s first home game in Indian T20 League, Tamil Nadu Cricket Association (TNCA) has given a set of dos and don’ts for fans. The guidelines comes at a time when their is unrest in Tamil Nadu given Cauvery row. Chennai play their first match at MA Chidambaram stadium on April 10th against Kolkata. According to a report in The News Minute, the following are the list of conditions issued to those who will be watching the match at the M.A. Chidambaram Stadium on Tuesday.

Their have been threats from local political parties to the safety of the players and objections from the Tollywood industry. 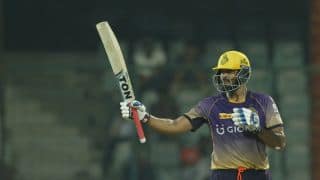