Markande was playing an Under-23 match when Mumbai bought him for INR 20 lakhs.

The Indian T20I League had had 499 players before 2018. On the first day, during the match between Mumbai and Chennai at Wankhede Stadium, three people made their debuts in the league Evin Lewis and Mayank Markande for Mumbai and Mark Wood for Chennai. Cricket statisticians are still not sure who the 500th player was, but one thing is for certain: Markande, a name barely heard of before the tournament began and a surprise pick by Mumbai, suddenly became a name.

What did Markande do? He tossed up two leg-breaks to a well-set Ambati Rayudu. Then came a flat googly that trapped Rayudu leg-before. It was an excellent start, but more followed. Two balls later he hit Kedar Jadhav on the pad with a shooting googly. Chris Gaffaney said no, Rohit Sharma did not review, and the cameras showed the ball would have hit leg.

Markande struck with the third ball of his next over as well. Once again came the googly to rap the big fish, MS Dhoni, on the pad. Once again Gaffaney said no, but this time Rohit reviewed and got the decision in his favour. At this stage his figures read 1.3-0-4-2. It could well have been 3 wickets.

He was subsequently hit for two sixes, by Jadhav (who should have got him) and Dwayne Bravo. He made up for that by having Deepak Chahar stumped with his last ball, and finished with 4-0-23-3; second best by a Mumbai bowler on debut. The sixes never dented his confidence; he kept tossing them up the way every promising wrist-spinner does.

But who is this Markande? Where did he come from? The journey from Bathinda to Mumbai has been somewhat unconventional. He had started his career as a fast bowler with a back-of-the-hand slower ball.

Started his career as a pacer & used to bowl the back-of-the-hand slower delivery with great effect. That s also how you bowl the googly. So, his coach convinced him to switch to leg-spin.

His coach identified that slower ball as nothing but a googly, and Markande soon switched to leg-breaks. He took 7 wickets on his Punjab Under-16s debut and 11 more in his next 2. That was in 2013-14.

He was not even 17 when he made his Punjab Under-19s debut. At one point his career seemed to be headed for a dead end before he made his 50-over and 20-over debuts earlier this year. The stints were decent but not impressive, but the Mumbai scouts saw what they needed when he showed up for the trials.

Markande was playing an Under-23 match when Mumbai bought him for INR 20 lakhs. He left the ground later, to find 37 missed calls and 300 messages on his cell-phone. 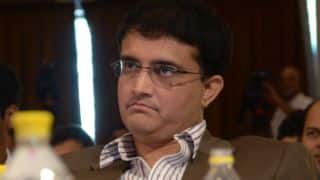