Chasing 177 Kolkata were off to a flyer, courtesy Sunil Narine.

Dinesh Karthik won his first match as captain for Kolkata defeating Bangalore by four wickets. Chasing 177 Kolkata were off to a flyer, courtesy Sunil Narine.

Narine reached his 50 in 17 balls and became the only player to score a half century in 17 or less deliveries. Last year against the same opposition he had brought up joint fastest 50 in the Indian T20 League.

Mandeep Singh in the post match presentation said they scored a decent total but Narine was the turning point.

“Definitely, the turning point was Narine’s innings. If you get a good start like this in the first six overs, 50 per cent of the game is over. There was not much left for others to do for the rest of the batsmen,” Mandeep said at the post-match conference.

Virat Kohli did not find momentum in the innings as he managed to score only 31 off 33. However, it did not matter much with AB de Villiers smashing bowlers from the other end. It was Nitesh Rana in the 15th over who dismissed both of them on successive deliveries.

It was a crucial moment

“It was a crucial moment of the match to lose two big players off successive deliveries, may be we fell short by 10-15 runs. But honestly, we thought of keeping our target in 175-180,” Mandeep said.

Kolkata scored 68 with the loss of only one wicket. However, Mandeep believes the bowlers did a decent job and the first six overs changed the course of the match.

“We mainly have five bowling options, may be the management will think of (Pawan) Negi as another option next time. But as I said he sealed the game in the first six overs. Otherwise we did a good job at bowling.” 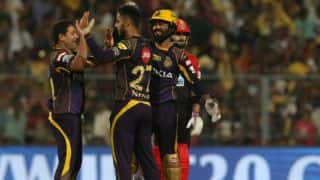 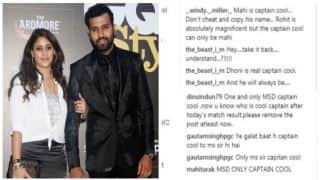