The mounting criticism of their poor show in the Test series against Australia notwithstanding, the Indian cricket team on Monday chose to enjoy some go-karting instead of having a net session ahead of the do-or-die third match starting here on Friday. 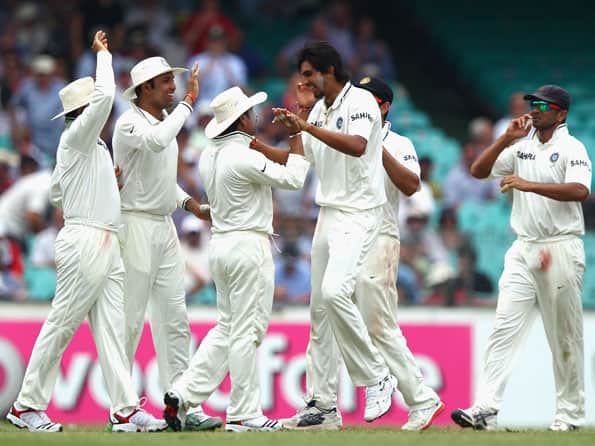 For the third day after the second Test at the SCG, the beleaguered Indian team chose to keep itself away from cricket Getty Images

The mounting criticism of their poor show in the Test series against Australia notwithstanding, the Indian cricket team on Monday chose to enjoy some go-karting instead of having a net session ahead of the do-or-die third match starting here on Friday.

For the third day in running, the beleaguered team chose to keep itself away from cricket.

While the cricket fans back home are up in arms and former players are baffled by their take-it-easy approach, the team is insistent that taking mind off the game is the best way to get ready for the decisive game.

Down 0-2 in the four-Test series with crushing defeats in Melbourne and Sydney, the third game is a must-win for the tourists who are beset with bowling and batting issues.

“The first Test ended on the fourth day and the next day was a free day. But did the Indian team practice? I don’t think they practiced. Why did they not practice? Nobody knows,” Sunil Gavaskar has stated.

“The attitude has to be there. There is no attitude to go there. You have to go there and practice cricket. Should not a two-day game have been organised in Perth because that’s the fastest pitch in Australia,” he added.

It’s not the first time that Indians have chosen to be flippant ahead of an international game. They arrived only a few hours before the Napier Test match in New Zealand three years ago and only last summer, when everything was going down the drain in England, they chose to do go-karting in Cardiff before the final one-day international.

Indian skipper Dhoni isn’t the one who believes instant solutions are found by spending extra hours at the nets.

“They have got a fair amount of exposure to Australian bowling. Now you need to switch off from the game. You don’t want to overdo it,” he has said.

“There may be few individuals who would like to spend more time on the nets. I personally feel if you switch off, it distresses you and you come back in a positive state of mind.

“I feel rather than spend more time on the field, you need to spend time off the field in recreational activity and get some time off cricket.”

After the go-karting session this evening, Team India has decided to have dinner together by the night. They intend to have their first practice session in four days on Tuesday, at WACA. (PTI)