Vishwanath said the experience of playing abroad before the ICC World Cup 2015 would help the team.

Legendary batsman Gundappa Vishwanath feels that the current Indian cricket team needs to perform more consistently in all areas of the game in order to become a formidable force.

Speaking at the inauguration of a cricket academy set up by Maxtalent Global Sports in partnership with Sports Square, Vishwanath said the experience of playing abroad before the ICC World Cup 2015 would help the team, according to a release from the organizers.

Observing that cricket academies are mushrooming in the country without having necessary infrastructure or coaches, the release quoted him as saying that the coach should be someone who has played cricket and that the coaches should not be mere drill-masters.

He appreciated the facilities like well laid out turf, good coaches at Sports Square, the release said.

The cricket academy would provide students with brilliant opportunities and offer expert training under regular coaches and “legends of the game,” it added. 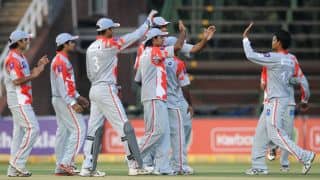