The reputation of the WACA pitch in Perth has preceded the Test and the Indians, as a batting bunch, looked to have more than one worry to deal with as they put their first session together on Tuesday. 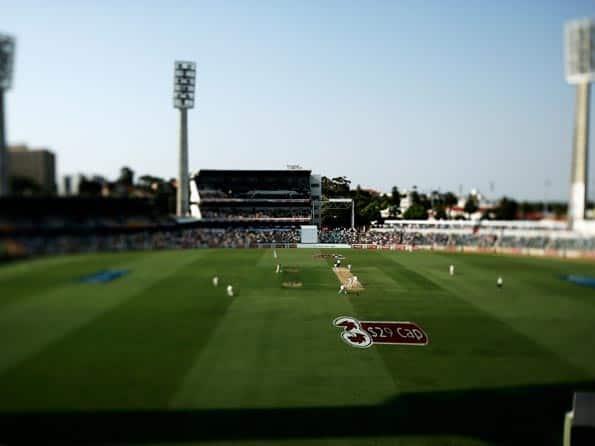 “Haven’t you got a mail to shave off the pitch?” — senior batsman Rahul Dravid asked the curator as the Indians assembled for their first practice session at the famed WACA ground ahead of the do-or-die third cricket Test against Australia starting on Friday.

WACA curator Cameron Sutherland has stated that the world’s fastest pitch is likely to stay true to its nature and be a pacer’s delight come Friday.

“Haven’t you got a mail to shave off the pitch?” said Dravid jocularly to Sutherland after having a look at the completely green turf which has been picked for the Test.

The reputation of the pitch has preceded the Test and the Indians, as a batting bunch, looked to have more than one worry to deal with as they put their first session together on Tuesday.

For a starter, new balls were used by both regular and net bowlers to the batsmen — possibly the first time it’s been done so on the tour.

New ball has caused the maximum damage to batting units on this tour and the WACA pitch could provide more of the same given the pace and bounce everyone is promising on the turf.

The two openers, Virender Sehwag and Gautam Gambhir, were filmed from close quarters as their technique was closely monitored.

In the series so far, Sehwag has been caught cutting deliveries to the slip cordon and the temptation has proved too irresistible for him to let go the deliveries outside the off-stump.

Though he has hit a half century, and so has Gambhir, they have never really looked comfortable against Australian quicks in the first two Test matches.

Another noticeable aspect of the nets was the time Sachin Tendulkar spent with Ishant Sharma in trying to sort out his bowling technique for the Australian wickets.

Sharma has generally bowled a little short in the first two Tests and has had a mere three wickets at a whopping average of 78.33.

Tendulkar repeatedly told the youngster to let his bowling arm finish by the side of his right thigh. The emphasis was to bowl deliveries which “kiss” the surface rather than hit-the-deck kind of stuff which sails past the bats harmlessly.

“You will keep bowling such stuff and batsmen will keep leaving them,” was the clear message of Tendulkar.

Dravid was keen and eager at the nets, first handling the throw-downs from Trevor Penny and then facing Ishant Sharma, bowling at full tilt at him.

Quite a few times Penny would motion as if it is a throw-down and then not deliver — only to gauge how Dravid had moved his bat and feet in anticipation. Apparently, Dravid didn’t look quite pleased from where his bat is coming down to meet the delivery.

There is uncommon heat on VVS Laxman after his sixth failure in six Tests on foreign pitches. The senior batsmen understandably was bothered if his bat was meeting the ball with the full face and if his defence was watertight.

Dravid at the non-striker’s end closely monitored his fellow senior batter’s technique and raised his hand in approval on a couple of occasions.

Once Ishant Sharma retired from the nets, after bowling an exhaustive spell, Zaheer Khan took over and allowed himself at least half an hour of bowl. Umesh Yadav, the youngest one of the pace trio, didn’t stretch himself in the nets.

India face an ominous task to win the third Test and keep the four-match series alive which they are presently trailing 0-2. (PTI)

Stuart Clark not in favour of four pacer for Perth Test