Indians vs Derbyshire Preview: Golden opportunity for bowlers to shine

Indians vs Derbyshire Preview: Golden opportunity for bowlers to shine

Indian bowlers get yet another chance to prove themselves after being taken apart by Leicestershire.

The second tour game of India’s tour of England 2014 between the Indians and Derbyshire will take place on July 1. It will be a key contest which is likely to result in the final selection of India’s playing XI for the first Test against England beginning on July 9, at Nottingham.

The first tour game between the Indians and Leicestershire was an exercise in formality. A flat deck and a minnow team ensured that India could take very little away from the contest. Despite all the batsmen getting a decent hit in the middle, it was the lacklustre performance of the bowlers that was a cause of major concern.

Bhuvneshwar Kumar went at over six and a half runs per over. Pankaj Singh was the pick of the Indian bowlers, but even he went at over four an over. Ishant Sharma picked up a couple of wickets, but was taken apart, going for over seven runs per over. Mohammad Shami, Ishwar Pandey, Stuart Binny, Varun Aaron, Ravindra Jadeja, and Ravichandran Ashwin were all ineffective as well.

The match against Derbyshire could be an ideal opportunity for the bowlers to find some much-needed rhythm and form. As things stand, Pankaj and Shami look the best bets for India, but the visitors will be hoping for an improved showing from Bhuvneshwar and co. The only recognisable names in the squads are West Indian stalwart Shivnarine Chanderpaul and Australian all-rounder Marcus North. However, Chanderpaul is away on national duty, and North has looked off-colour in recent times.

One feels that with the arrival of Rahul Dravid as a mentor of sorts, the batsmen will benefit greatly. However, if India are to pull off an outright victory, their bowlers will need to come to the fore with a vastly improved performance.

In India’s tour to England in 2011, one of the major reasons for India’s failure was the lack of good, steady bowling. Without Zaheer Khan as the leader of the attack, the Indians looked listless in the field. Now, the onus is on Bhuvneshwar and Shami to lead a vastly inexperienced attack. How well they do against Derbyshire, could well be a foreshadowing of how the rest of the series will progress. 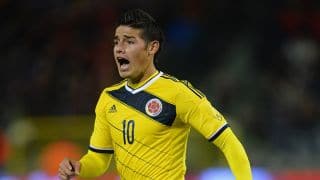 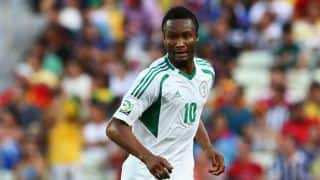 FIFA World Cup 2014: Nigerians urged to go all out to beat France