Former Australia cricketer and renowned commentator Ian Chappell has warned India to address their batting issues ahead of the Australia tour.

Former Australia cricketer and renowned commentator Ian Chappell feels India will require to address their batting woes ahead of the Australia tour. India, who are scheduled to tour Australia in November, had an ordinary Test series with the bat against England where barring captain Virat Kohli, no other batsman failed to create any sort of impact.

“India now have to look on rehabilitating their reputation in the highly anticipated series against Australia but the batting inadequacies have to be addressed,” Chappell wrote for ESPNcricinfo.

“While Australia’s batting is questionable, with their two best players, Steve Smith and David Warner, missing through suspension, the bowling attack is still extremely strong.”

Chappell has a point. While Australia s batting might not be as strong as it was the last time India toured Down Under, their pacers make for a formidable bowling attack. Mitchell Starc has been declared fit for the two-Test series against Pakistan, and while the duo of Pat Cummins and Josh Hazlewood has been ruled due to back injuries, they are likely to recover in time for the Tests against India. The first Test begins November 6.

“If Mitchell Starc, Josh Hazlewood, Patrick Cummins and Nathan Lyon remain fit then the Indian batsmen will be in for a challenging time,” Chappell said. “In England it was movement through the air and off the seam that created regular problems for them – apart from Virat Kohli – but it will be the extra bounce in Australia that sorts the men from the men.”

Chappell reckoned that this was India s best chance to win a Test series in England, but they were let down by the batsmen. Cheteshwar Pujara scored a valiant century in the fourth Test at Southampton, while Ajinkya Rahane scored a half-century during India s unsuccessful chase in the second innings. Prior to that, the two batsmen had scored a half-century each in respective innings during the third Test at Trent Bridge which India won. Despite that, Rahane ended the series with 257 runs at average of 25.70, while Pujara s tally reads 278 runs at 39.71.

“India should view their disappointing 4-1 series loss to England as a missed opportunity. They were highly competitive in the series – apart from a disastrous loss at Lord’s – but the squad had enough ability to do better than just compete,” said Chappell.

“The batting was disappointing and especially the way they played spin bowling in Southampton. A great opportunity went begging when their failure to be more proactive against Moeen Ali meant a chance to level the series was squandered.

Apart from Cheteshwar Pujara, no player was prepared to alter the offspinner’s flight path by leaving his crease. The series loss is even more of a wasted opportunity when you consider how well the Indian fast bowlers performed.” 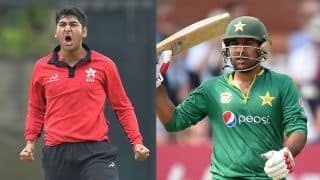 Asia Cup 2018, 2nd ODI, LIVE Streaming: Teams, Time in IST and where to watch on TV and Online in India