As India embark upon their third stiff away Test series of the year, by what was evident from the tour of South Africa and England is that batting remains a big concern.

Sourav Ganguly, the former captain of the Indian cricket team, believes the chances of India winning their maiden Test series in Australia will depend on how their batsmen perform. When India toured Australia under Ganguly in 2003-04, they boasted a strong batting line-up, including Virender Sehwag, Sachin Tendulkar, Rahul Dravid, VVS Laxman and the skipper himself. But India s last three tours of Australia have been forgettable, and batting has been their biggest letdown.

As India embark on their third stiff away Test series of the year, by what was evident from the tour of South Africa in January and England in September is that batting remains a big concern. Despite struggling in Tests, the batmen have fared well in ODIs, and Ganguly feels India s batting will have to bring out it s A Game if they are to create history Down Under. Besides Virat Kohli, rest of the Indian batsmen have struggled to get going on foreign soil, with the likes of Ajinkya Rahane and Cheteshwar firing only in patches.

“If our batsmen put runs on the board, I am confident that our bowlers will do the rest. With the kind of form our batsmen are in, there is every likelihood that India will register their maiden Test series victory Down Under this time,” Ganguly said on the sidelines of a promotional event. “They (the Indian bowling unit comprising Ishant Sharma, Jasprit Bumrah, Bhuvneshwar Kumar, Umesh Yadav and Mohammed Shami) are all quick and skilful enough to trouble any batsman. They must, however, quickly adjust their lengths to become more effective on the Australian pitches.”

The Indian batting line-up looks more settled with the addition of Rohit Sharma, who has hit a purple patch in the limited-overs fold, and according to Ganguly, the inclusion of the Mumbai batsman in the Playing XI will provide a nice balance to the side, especially in the absence of allrounder Hardik Pandya who is yet to recover from the hamstring injury sustained during the Asia Cup.

“With Hardik Pandya out injured, the team management faces a tricky decision whether to play six specialist batsmen (apart from Rishabh Pant) and four frontline bowlers or go in with five specialists in each department. It s a dilemma that most modern-day captains face,” said Ganguly.

“If you ask me, I would bat Rohit at No. 6 and go in with three pacers and one spinner. The simple logic is that Rohit is batting at his best and you don t leave out a batsman of his calibre when he is in such good nick. Moreover, Rohit is very strong square of the wicket which is a prerequisite for success on Australian pitches.”

India play three T20Is against Australia beginning November 21, followed by the four Test series, the first of which starts in Adelaide from December 6. 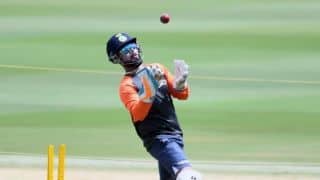 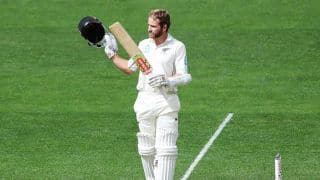