India is the only top Test country not to have played a day-night Test so far.

India s tour of Australia later this year is a cause of concern for the Board of Control for Cricket in India. The series is still at its scheduling stage, with the biggest problem being Adelaide Test. It was being reported that India will play Australia in their first ever Day-Night Test at Adelaide Oval. The Day-Night Test since 2014 become an annual event for Cricket Australia (CA) to attract crowds.

According to Cricbuzz CA spokesperson, said: “We are currently finalising the detail of these tours with respective member boards. Scheduling of any sport has its complexities, with a number of parties that need to be consulted throughout the process.” This mainly is due to the fallout between CA and sponsors after the whole ball tampering controversy.

India is the top Test country not to have played a day-night Test so far. 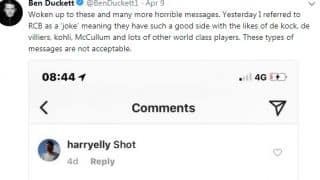