Sports Minister Sarbananda Sonowal assured his counterpart of every possible support from the Indian Government in this regard. The maiden visit of the youth delegation from Nepal, which concluded today, was part of Youth Exchange programme between the two countries.

During the week-long stay in India, the Nepalese delegation visited important historical and cultural landmarks of Delhi, the Taj Mahal in Agra, Bangalore and Mysore. During the visit, a cultural programme and a banquet was organized in the honour of Nepalese youth delegation. A meeting of senior officers from both sides led by respective ministers in charge was also held before the cultural programme.

During the meeting, Sonowal said that India and Nepal were close neighbours and share a unique relationship of friendship and cooperation, characterized by open borders and deep-rooted people-to-people contacts. The Nepalese youth delegation comprises members various youth organisations in Nepal, young journalists, young businesspersons and sportspersons, besides officials of Government of Nepal. 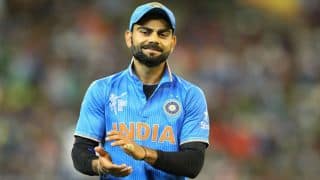