Indians enjoyed food from McDonald's during their training session on Thursday.

Faster scoring rates, a more aggressive approach and better spin bowling — there have been many reasons advanced for why world champions India have taken an unbeatable 3-0 lead in their one-day series against England.

But it might be that there’s a not-so-secret ingredient to their success after brown paper bags bearing the logo of the McDonald’s fast food chain were brought out into the middle of the Headingley outfield while India netted on Thursday ahead of Friday’s series finale at Yorkshire’s headquarters ground. Several players stopped for a bite to eat as they refuelled during the practice session.

After a trio of crushing victories, the latest of which saw India thrash England by nine wickets with nearly 20 overs to spare at Edgbaston on Tuesday, many will conclude that Mahendra Singh Dhoni’s men are perfectly entitled to eat whatever they like.

England were widely ridiculed for sending an 82-page list of their players’ catering demands to grounds during their 2013/14 tour of Australia.

Among the somewhat exotic list of items included were quinoa and cranberry breakfast bars, mungbean curry and blueberry and polenta muffins.

England’s players may have been extremely healthy but their results in Australia were anything but — they lost the Ashes Test series 5-0 and the one-dayers 4-1. 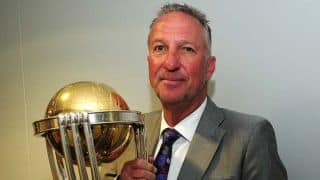