Manu Bhaker is expected to be one of India's biggest hopes when the Tokyo Games kick off in 2020.

Manu Bhaker is expected to be one of India’s biggest hopes when the Tokyo Games kick off in 2020. Bhaker, 17, a Commonwealth Games Gold Medallist, secured a berth at the Tokyo Olympics through a good performance in the shooting World Cup in Munich earlier this year and says she has some plans in store when she represents India at the quadrennial games.

“I am excited about the Olympics. I will discuss a few plans with my coach and then implement them. For now, I am just going through my regular drills. I practice for 5-6 hours a day on average. There are a lot of sporting events ahead of the Olympics. They will serve as good preparation for the Olympics,” Bhaker said.

Last month, Bhaker scripted history at 2019 ISSF World Cup by winning India’s first gold medal in the Women’s 10m Air Pistol on Thursday. During her performance, Bhaker broke the junior world record with her total of 244.7 and became only the second Indian shooter after Heena Sidhu to win a gold medal Women’s 10m Air Pistol category. As for her preference, Bhaker said she would want to target both the 10m and 25m category.

“It all depends on the selection of the team. I can’t say anything on that right now. But if you are asking me about my preference, of course I would look to shoot in both 10m and 25m, as I give equal importance to both events and my scores in 25m is not bad at all,” Bhaker had told PTI on Wednesday.

Bhaker, on the sidelines of the Khelo India Youth Games lauded the initiative by the Indian Sports Ministry and believes that the Games do and will provide athletes with a platform to shape themselves up from a young age.

“I had never thought that there could be a competition like Khelo India. Everyone used to say the one can have a good life only if he or she studies well, but one cannot make a career in sports. I think the Khelo India Games is a fantastic platform for youngsters to showcase their talent. I would like to thank the Prime Minister and the Sports Minister for this initiative,” said the 17-year-old. 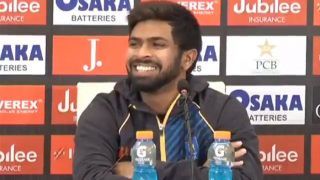 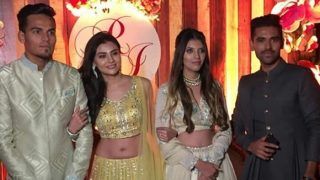