Virat Kohli said the 2014 tour of England is not about washing away dreadful 2011 memories.

India have not done too well against England in their recent Test encounters. They lost the 2012-13 home series by a 2-1 margin and prior to that suffered a humiliating 4-0 whitewash in the summer of 2011.

It might appear to be a big burden on the outside, but Kohli negated that this factor is having any effects on this new-look Indian team.

“We haven’t spoken about what we did wrong in that series (2011). We’ve spoken about the positives we could take out of it. That was a different time. Three years down the line, we have a totally new side. Most of us haven’t played Test cricket here,” he said.

“It’ll be exciting for us to experience the conditions and everyone’s eager to go out there and see what it’s like. You get full crowds, everyone’s involved in the game and everyone knows the game.

“It’s not about washing that (2011) series off, erasing those memories. That will stay in the history books, whether we like it or not. All we can focus on is the new series we have here, and put in a strong performance which would be a starting point for this young team to go ahead and be a good quality Test side. A guy who played brilliantly in that series is mentoring us right now, speaking about his experiences — Rahul Dravid. That’s a big plus,” Kohli added. 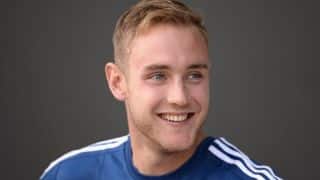