Chahar has picked up 32 wickets from 19 games across the last two seasons of the IPL. 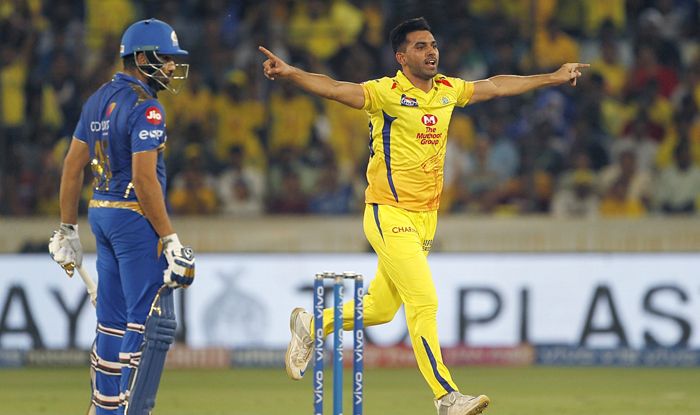 India fast bowler Deepak Chahar, who is nursing a stress fracture in his back, has said he needs to be selective if he has to last long in international cricket. Chahar, since suffering the injury during the West Indies ODIs last month, has been ruled out till April, because of which he will miss India’s high profile tour of New Zealand.

“The stress fracture in my back is mainly due to playing excess matches. So I have to be a bit selective now. Else, I won’t be able to survive,” Chahar told The Telegraph.

Chahar has played 10 T20Is and three ODIs for India sine making his debut against England in 2018. However, he is a regular feature for IPL team Chennai Super Kings, for whom Chahar has picked up 32 wickets from 19 games across the previous two seasons. Now, the 27-year-old pacer is targetting the same tournament to mark his return to competitive cricket.

“My objective is to obviously keep performing better, but I will also be doing the required training and exercises to regain my lost pace. Since I was playing continuously, I had lost two-three kilometres of pace,” Chahar said.

“As for the variations, I’ll look to better my yorkers, which I think are already better now than how they used to be. Working on leg-cutters too.”

Chahar had earlier underlined his need to bowl quick in international cricket. The fast bowler, who had a memorable Ranji Trophy debut during the 2010-11 season for Rajasthan, started as a military medium-pacer, but over the years, understood bowling in the mid-120s wouldn’t get him anywhere.

“I knew I couldn’t succeed at the top level at that pace, Chahar said on the eve of India’s second ODI against West Indies,” he had said.