Australia have suffered a major injury setback with pacer Mitchell Starc set to skip the upcoming limited-overs tour of India next month.

Australia have suffered a major injury setback with pacer Mitchell Starc set to skip the upcoming limited-overs tour of India next month. Starc recently marked his return to form by claiming 10 wickets in the second Test against Sri Lanka as the hosts sealed a 2-0 clean sweep.

Starc is reportedly suffering from a soft tissue injury in his upper body with Cricket Australia expected to name the squad for five-match ODI and two-match T20I series on Thursday.

Starc is also doubtful for an ODI series against Pakistan in UAE following the India tour and the development is a major setback for the defending champions plans for the upcoming World Cup in England. Josh Hazlewood, who skipped the Sri Lanka Tests due to a back injury picked during India Tests, is also a doubt for the limited-overs series.

While injuries to their two leading pacers must have hurt Australia’s final preparations for the World Cup, they have some positive news in Steven Smith whose manager has dismissed rumours of the former captain missing the marquee event.

While the picture is still not clear, as per the current plan, Smith is targeting a return to professional cricket through the Indian Premier League that gets underway from March 23.

“Until the brace comes off, we don t know for sure but all current opinion is that he ll then have about three and a half weeks (before being ready to play),” Warren Craig, Smith s manager, told Cricket.com.au. “The intent is that he will play in the IPL and then the World Cup and then the Ashes.” 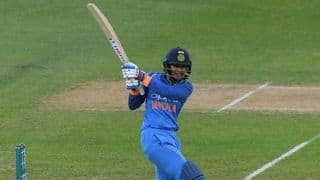 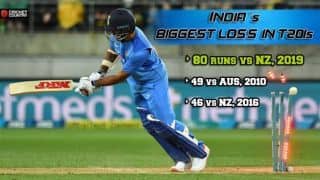