Raring to make a comeback in the professional cricket, the Bedfordshire-born talks about how he's dealing with the Coronavirus Pandemic forced lockdown situation in London, his relationship with Sachin Tendulkar among other things in an exclusive interview with India.com

Despite being one of England’s leading spinners in late 2000s, Monty Panesar has had a topsy-turvy cricket career. From announcing himself in the Test arena with the Sachin Tendulkar as his debut wicket to showing nerves of steel in the Cardiff Ashes Test in 2009 and then forced to take a hiatus to deal with mental health issues, Panesar has been through all. During his seven-year stint for England, the 37-year-old bagged as many as 167 wickets in 50 Test matches and played over 26 ODIs for his country, scalping 24 wickets.

Raring to make a comeback in the professional cricket, the Bedfordshire-born talks about how he’s dealing with the Coronavirus Pandemic forced lockdown situation in London, his relationship with Sachin Tendulkar among other things in an exclusive interview with India.com

Here are the excerpts from the telephonic interview:

You are keen on getting back at professional cricket, but the coronavirus outbreak seems to have derailed your plans a bit. How do you see this personally?

I’ve contacted the board of counties, but there’s another three-week extension of the lockdown and after that let’s see what they talk about cricket and I’ll definitely still get work because, by that time you know the hot weather, the wickets are turning in June-July, so there may be a team that may need a spinner.

Which team are you aiming for?

Any team. I don’t mind, any team at the moment.

How are you maintaining your fitness in the lockdown situation?

I just follow people on Instagram live, PT trainers and do my fitness at home or largely one exercise per day in the UK so, I try and go for a run. That way I keep my fitness on time.

Is the current situation affecting you mentally?

I think if I don’t exercise, then yeah because as players exercising becomes a habit form of the body and yeah, I need to self-exercise on a regular basis.

Around this time, there could have been IPL here in India. What were your expectations from this year’s edition?

I think it was going to be just like last year, you know the experienced players keep performing well, you get maybe one youngster that comes through, continue to show. One of the reasons why IPL is really good for cricket because you get players from places like Afghanistan. Their lives just get changed by playing in the IPL. So, it’s always that sort of feel-good story that the IPL changed a career for a young cricketer, 18-19-year-old about whom no-one’s really heard of. I think it’s really good what they do, they give opportunities to these developing nations, the youngsters to come into the IPL. And, also it’s really good to see experienced players seem to perform well, so it continues to grow year-on-year and it’s been one of the success stories of India.

Which team you would have desired to play for? Any favourite team?

Any team, I don’t mind. I really like, obviously, my natural inclination gonna be Kings XI Punjab, as being Punjabi myself, so Punjab. I’ve always followed MS Dhoni, so Chennai Super Kings is the one. Mumbai Indians is another because of Sachin Tendulkar. Started to follow Delhi as well because of Sourav Ganguly. Kolkata Knight Riders maybe, Eoin Morgan is the captain now, so it’s good.

In the recent past, the mental health issues took the centre-stage in the cricketing world, players started opening up about their problems, but during your time this wasn’t the scenario. Why you were not comfortable opening up about it during the time you were playing? What’s the difference then and now?

I reckon there’s a lot more awareness now, amongst coaches, players and you just go out for a run to feel better, you know endorphins. You feel great because of endorphins. So, people now got a lot more awareness and also know where they can go for help if they need to. I think that’s why it’s easier now for people to talk about it because they can speak to psychologists or could be in a sport governing bodies that give an education, they say if you need to tap someone these are the people that can help you. It was there when I played but wasn’t taken that seriously. Now, people know it’s difficult to sustain high-level performance game-after-game and it could strain a person mentally.

How is your relationship with Sachin Tendulkar, your first international wicket?

I don’t know how much of a good friend I’m with Sachin Tendulkar because I don’t really have his number. I can’t really call him and ask how he really is. I only get a chance to meet him if I had to speak to like, some friends that he knows and then that guy can speak to him. He’s like super VIP in India, isn’t he? He always has time for people, doesn’t he? And, I think that’s the great thing about Sachin. He always makes time for people and always like to talk. It would be nice to meet him or maybe just give him a call, while I’m in the UK and ask him, “Hi, Sachin Paaji, everything good?”. Maybe during this coronavirus time, it would be nice to do a Zoom call with him. But, I don’t really have that opportunity.

For me, Sachin is the first Test wicket, so he had a major impact on my life. He was a superstar and I don’t know how I managed to get him out. I reckon that we didn’t have any DRS, else it would have been a different story. He’s been a huge part of my life and it would be nice if I could give him a call and ask him, “Hey Sachin Paaji, how are you doing? how is it going during self-isolation?” For some people, he’s the god of cricket, but for me, he’s my first Test wicket, someone I look up to that has been a huge part of my life.

Could you recall the net practice session that you did with Sachin, which later got surrounded by some controversies during India’s tour of England in 2011?

Personally, I don’t know why I did the net session? I probably shouldn’t have done because I got in trouble by the ECB, saying you are not supposed to bowl to the opposition. But, I wanted to bowl to him in the nets. I think I enjoyed the fact I can train with Sachin away from let’s say cricket environment. I should have asked ECB, it backfired to me, to be honest, and they weren’t happy about it. It was actually a wrong move, probably should have asked for permission from the ECB.

Who approached you for the session?

Virat Kohli or Sachin Tendulkar: Who’s the best according to you?

For me, I think Kohli, supreme fitness, works so hard to take his game to the next level and he has scored the hundreds. But, I look at an all-round player like the on and off-field, I think India needed a hero in the ’90s and 2000s. There weren’t many sporting heroes, there weren’t many heroes in the country, to be honest. There wasn’t anyone that the whole of India could look up to and Sachin Paaji was probably the only guy. I don’t think there would be any other sportsman like Sachin, where people would worship him because the whole country needed someone to look up to. We all look up to Sachin Tendulkar. He’s our motivation, he’s our inspiration and many cricketers around the world would always say, “Because of Sachin Tendulkar I took up cricket” from the ’90s and 200’s. I think that’s where Kohli doesn’t even match that. Kohli is a brilliant player, he may have the record now, but I think Sachin was like a one-sporting icon in India.

What you could have achieved a lot more in England shirt?

I wish I had a personal fitness trainer because I think he/she would have made me much more athletic and that would have really helped my cricket. I would have been a better fielder. Also, with the personal trainer, you can really talk about things that are on your mind or things about that you want to improve. I reckon I should have played around 80 Test matches, 250-300 wickets, I probably could have played for a few more years. 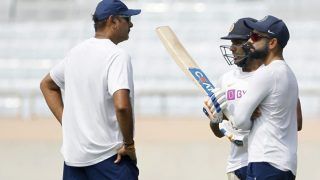 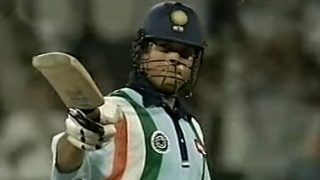