Shahid Afridi has been advised to 'just relax and enjoy his game' by the newly-appointed batting consultant Inzamam-ul-Haq who wants the flamboyant all-rounder to stop thinking about any outside pressures concerning his current form. 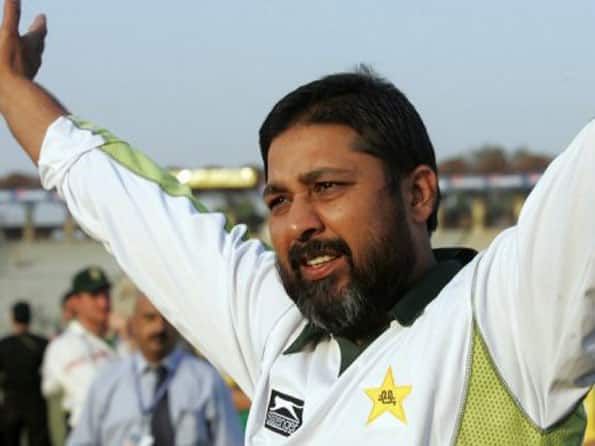 Shahid Afridi has been advised to ‘just relax and enjoy his game’ by the newly-appointed batting consultant Inzamam-ul-Haq who wants the flamboyant all-rounder to stop thinking about any outside pressures concerning his current form.

“Inzi bhai (Inzamam) told me to stop thinking about any outside pressures and just relax and enjoy the game, especially my batting. When he first came to the camp, I thought he would be telling me about the technique and batting but he didn’t say anything regarding that,” Afridi said.

Afridi was picked only for the two Twenty20s against India this month, but left out of the three one-dayers. But the all-rounder has scored two half centuries in 50-over practice matches in Lahore, including 91 off 64 balls today to catch the attention of the national selectors and team management.

“Inzi bhai said there is nothing wrong with my batting and I only need to get my confidence back and the best way to do it is to go and play my natural game.

“I have stopped thinking about what will happen next. I just want to go and do my best and enjoy my game. I have been under pressure for a while now and I want to get over it,” said the 34-year-old.

Afridi, who has played 349 one-dayers the third most for a Pakistani, said the coming tour to India will be decisive to his career.

“It’s a very important series for both teams and as a senior player I want to go and contribute my bit to the team’s performance,” he added.

Pakistan‘s limited-overs captain Misbah-ul-Haq also told reporters at the Gaddafi stadium that Afridi can be retained for the three ODIs in India if he strikes form in the two T20 International matches.

“If he maintains his form and if we require him, we will definitely consider him to remain for the ODIs as well,” Misbah said.

Misbah said Inzamam has helped the batsmen how to be mentally strong while playing against India.

“Inzamam has been paying individual attention to the batsmen including Afridi and I think his presence is already helping them,” Misbah added.

Misbah said he has told the players not to read too much into India’s recent Test series defeat to England.

“We need to be careful and not underestimate them.

Definitely they will be under pressure because of the Test series defeat but they have the ability to bounce back in their own backyard in limited overs cricket,” he added.

He also said that the team was not totally dependent on off-spinner Saeed Ajmal to win in India.

“He is a quality bowler but we are not solely depending on him to win us the series. India has lot of depth in their batting and to beat them all our bowlers have to put in a team effort.”

Meanwhile, former Pakistan captain, Wasim Akram has also joined in the chorus against the dropping of Afridi from the ODI team.

“I don’t understand what the selectors are thinking. If they consider him out of favour they shouldn’t have picked him for the T20 matches as well,” Wasim told reporters here.

“Afridi is a senior player and someone of whom the opposition is always worried about. In India, you need experienced players to handle the pressure and tension,” he said.