Mohammad Aamer recently made an international comeback after a gap of five years.

Karachi: Former Pakistan captain Inzamam-ul-Haq has advised cricket fans and critics not to press the panic button and give time to left-arm pacer Mohammad Aamer to find his rhythm in international cricket. “I have no issues with the Pakistan board allowing him back into international cricket but we have to be patient with Aamir he is returning to this level after five and half years and he will take time to find his rhythm and old firepower,” Inzamam said on Geo Super channel. “Aamir has it in him to till make an impact in international cricket he is young and after some matches he will be a different bowler. But we shouldn’t expect miracles from him in his first few games,” he added. READ: Inzamam-ul-Haq: Mohammad Aamer’s inclusion will be fruitful for Pakistan’s future

Inzamam, who remains Pakistan’s most capped international player, also felt that there was no need to panic after the team’s 10-wicket beating at the hands of New Zealand in the second T20. “Limited over cricket has changed a lot and I think Asian teams in particular need time to adapt to the calculated power hitting we are seeing from other teams in ODIs and T20 cricket,” he said.

“India have struggled in the ODI series Down Under although their batsmen are doing well and they have a better batting line-up compared to Pakistan. It is all about adaptation and deciding what is best for your team,” he added. READ: Inzamam-ul-Haq enjoying working with Manoj Prabhakar as Afghanistan coaching staff

Inzamam said he personally felt Pakistan had done everything right in the second T20 in New Zealand but the hosts played better cricket. “Personally I think for Pakistan or India the best policy is to stick with specialist batsmen and bowlers to counter this changing trend in limited-overs cricket.”

Inzamam said he would not panic since Pakistan had depth of cricket talent. “I think there is a need to give more confidence to the players and bear with their failures. In Pakistan the criticism is very harsh and quick after just one match and it adds to the pressure on the players.” The former captain, who is now head coach of the Afghanistan team, said Pakistan was a strong contender for the World T20 title in India and in his opinion were still favourites to win in New Zealand. READ: New Zealand vs Pakistan 2015-16,1st T20I: Mohammad Aamer unlucky on his return to international cricket

“Our bowling has depth and variety and it is just a matter of our bowlers fulfilling their jobs properly,” said Inzamam. 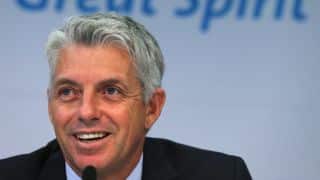 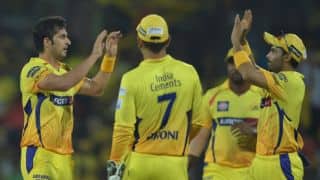